III%er needs help bad!!!
Beanburner, of Burnt Beans and BS, is needing our help and prayers. His son was the victim of a vicious hit-and-run (intentional, NOT accidental) in Clayton NM early Saturday morning. The perp was chased to the NM-TX border where he evaded the cops and could be hiding in my neck of the woods. Possibly Dumas, Dalhart or Amarillo.

Late 90s to mid 2000s white or light colored Chevy pickup with heavy front-end damage and a broken grill. And a sorry son-of-a-bitch driving it. I know most of y'all aren't around here, but prayers work from anywhere.

If you live in the area keep an eye out for this douchebag and if you do see him, call the cops and tell them he is a wild eyed sumbitch yelling that they won't take him alive no matter what.

They have identified the alleged perpetrator. 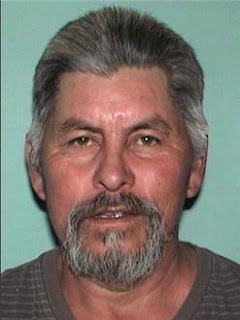 CLAYTON, N.M. -- The Clayon Police Department has nearly concluded its investigation into the hit and run incident that occurred early Saturday morning, but are searching for the man they believe was driving the white pickup involved.
READ MORE: Clayton police search for driver, pickup involved in hit and run
As a result of the investigation, Clayton officers were able to obtain an arrest warrant for 56-year-old Leland J. Cruz of Clayton. Cruz is currently being charged with attempted murder, leaving the scene of an accident with great bodily harm and reckless driving.
Anyone with information regarding the location of Cruz is asked to contact your local law enforcement agency or Clayton/Union County Crime Stoppersat (575) 374-9667. In an earlier release, police said they are searching for a white Chevy pickup with front end damage.
A cash reward is being offered for information leading to the arrest of the suspect. See the attached photo for a picture of Leland Cruz.

Thanks to Angel for the update.

This looks very interesting and I am definitely going to check this out strenuously.

(NaturalNews) The official beta launch announcement is here! The world's first privacy-protecting search engine that bans corporate propaganda and government disinformation is now ready for webmasters to submit their sites for indexing. The name of the new search engine? Good Gopher! (www.GoodGopher.com)


GoodGopher is the first and only search engine in the world that intentionally favors New Media / Independent Media / Alternative Media websites like Breitbart.com, The Intercept (Glenn Greenwald), Tom Woods (www.TomWoods.com) and TruthStreamMedia (www.TruthStreamMedia.com). GoodGopher will also selectively spider selected international news sites that have a reputation for fearless reporting on world events, such as RT (Russia Today), Der Spiegel and Al Jazeera.

Fake news sources like MSNBC are banned from the engine, as are all other websites pushing corporate propaganda or government disinfo. Sorry, National Geographic. Peddle your Monsanto mockingbird propaganda somewhere else...

In essence, all the websites which have been blackballed by Google News for reporting the truth are favored and highlighted on GoodGopher.com.

GoodGopher will be available as a public search engine after a few weeks of crawling. Watch GoodGopher.com or NaturalNews.com for an announcement of search availability.


If you have a Blog or evn if you don't and just have a favorite site, you can enter the  URL at

and they will start their Web Crawlers looking at it for computing it's ranking in their Search Results for when it opens to the public.

This is a very welcome development in that this is what Google could have done if they had the moral integrity they say they do.


You all are going to LOVE this next part!

In an era where 70% of the advertising revenue for mainstream media comes from drug companies -- yes, Big Pharma "owns" mainstream media -- GoodGopher bans all pharmaceutical ads. We refuse to take money from corporations that are poisoning our children with psychiatric drugs while using children as human guinea pigs in unethical medical experiments.

We also ban ads from the Clinton Foundation and other criminal enterprises attempting to occupy the highest levels of American government. (Obviously, GoodGopher also bans all advertising from Monsanto, DuPont, ExxonMobil, Goldman Sachs and basically any organization that has funneled substantial funds to the Clinton Crime Family Foundation.)

I already submitted this place and  Vulgar Curmudgeon and I'm thinking they need to get swamped with III% sites, eh?


Go ahead, do your part here.

Cross posted at Vulgar Curmudgeon of course!
Posted by Phil at 2:56 AM No comments:

Let us not forget the men and women today who gave everything they had in defense of what this country used to be, the land of the free and the home of the brave.

We still have half of that equation anyways.
Let us pick up our burdens and carry on their fight, God willing, to finish what they started.


Eliminating tyranny in the world. 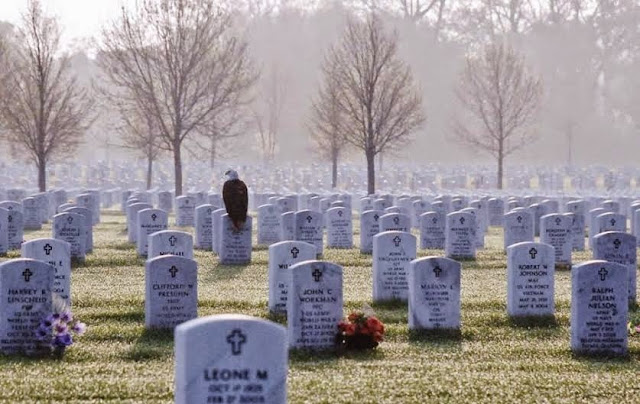 Image courtesy of Grizz.
Posted by Phil at 1:51 PM No comments:

As Kerodin would say, the mask is coming off.

Every single day now I read about yet another incremental incursion on our liberties by the United States Government and it's legions of lackeys.

I'm sure you remember the Constitution Free Zone that was arbitrarily imposed around our borders several years ago now? 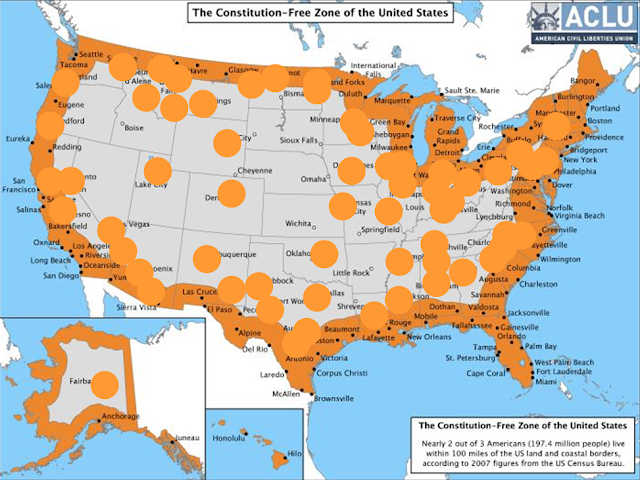 The excuse that was given for this law breaking bit of tyranny was that the Fourth Amendment protections against unreasonable searches do not necessarily apply at our borders or Ports of Entry.

The ACLU has this to say about the subject;

According to the government, however, these basic constitutional principles do not apply fully at our borders. For example, at border crossings (also called "ports of entry"), federal authorities do not need a warrant or even suspicion of wrongdoing to justify conducting what courts have called a "routine search," such as searching luggage or a vehicle.

Even in places far removed from the border, deep into the interior of the country, immigration officials enjoy broad—though not limitless—powers. Specifically, federal regulations give U.S. Customs and Border Protection (CBP) authority to operate within 100 miles of any U.S. "external boundary."
In this 100-mile zone, Border Patrol agents have certain extra-Constitutional powers. For instance, Border Patrol can operate immigration checkpoints.

Border Patrol, nevertheless, cannot pull anyone over without "reasonable suspicion" of an immigration violation or crime (reasonable suspicion is more than just a "hunch"). Similarly, Border Patrol cannot search vehicles in the 100-mile zone without a warrant or "probable cause" (a reasonable belief, based on the circumstances, that an immigration violation or crime has likely occurred).


I emphasized that last paragraph because it is this part of the game they are playing that I am going to be talking about here.

In the same article I have quoted above, the very next paragraph points out that this is increasingly not the case.

In practice, Border Patrol agents routinely ignore or misunderstand the limits of their legal authority in the course of individual stops, resulting in violations of the constitutional rights of innocent people. These problems are compounded by inadequate training for Border Patrol agents, a lack of oversight by CBP and the U.S. Department of Homeland Security, and the consistent failure of CBP to hold agents accountable for abuse. Thus, although the 100-mile border zone is not literally "Constitution free," the U.S. government frequently acts like it is.

Now I am going to inform you of a recent incident near our Northern border that should highlight the fact that these abuses routinely occur even though the government official is knowingly breaking the law and has been warned by someone who not only knows the law but has just gotten a Degree in Law Enforcement and has applied to the very agency that is abusing them. Instead of stopping when the individual expressly informs them of their wrongdoing, the Customs and Border Patrol agent goes all in and compounds the illegal search with violence, consequences be damned.

This young lady was not crossing the border for one thing, was illegally detained, assaulted and her car searched, all without probable cause or any warrants.

This is what our government wants us to think is the new normal,

Jessica Cooke, a 21-year-old from Ogdensburg, New York, recently graduated from SUNY Canton with a degree in law enforcement leadership and had already applied for a job as a U.S. Customs and Border Protection (CBP) agent when she was surprised by an impromptu final lesson at a CBP checkpoint on Route 37 in Waddington last week. What she learned—that people who insist on their constitutional rights in this setting run the risk of being roughed up and shot with a stun gun—should help make her a better CBP agent, although CBP may not see it that way.

Cooke was driving from Norfolk to her boyfriend's house in Ogdensburg, the northern border of which is the St. Lawrence River. If you cross the river, you are in Canada, but Cooke was not crossing the river. She nevertheless became subject to the arbitrary orders of CBP agents by driving through one of the country's many internal immigration checkpoints,

Snipped for brevity, the article explains the 100 mile inclusion zone.

For some mysterious reason, she was instructed to pull into a secondary inspection area, where she used her cellphone to record a five-minute video of the stop (below).

I strongly urge you to watch this video, this what happens anymore when you assert your Constitutionally Protected Rights and are aware of current law decisions forbidding the very behavior you are about to witness!

After asserting her rights, proving to the CBP officers that she was informed and aware of what is and is not legal, they still ignored her and wound up not only assaulting her by hitting her with a Tazer, they searched her trunk anyway, without a warrant, even after the K-9 unit went around the car without incident!

This is only one example of systemic and government approved abuse of what should have been an average citizen on an average day by these people and I would be very interested in hearing what comes of this in the end when all is said and done.

They are never wrong and if you do not do as they say instantly then any head bashing you receive is your own damn fault for not groveling at the feet of your all powerful and all knowing tax money collecting government employee, whether they be city, county, state or federal matters not.

The reality of our situation is that we currently do and have been for many years now, live in a Police State where even the Supreme Laws of the Land do not apply anymore and you have no defense against any abuses imaginable, up to and including your murder, at the hands of some ignorant power tripping traffic cop, because hey, you looked nervous.

I'm thinking the ones they should be concerned with are the ones who DON"T look nervous, there must be something seriously wrong with the person if they have such little regard for their own personal safety.